The Empire That Will Not Speak Its Name

A few months ago, I posed the question – was Putin’s Eurasian Uniona pre-electoral sideshow, or a fully-fledged quest for renewed empire?  I believe this question has been answered beyond a reasonable doubt in recent days.  But should that surprise anyone? Since 1991, maintaining control over its ‘Near Abroad’ has clearly been part of Russia’s core interests.  Even while the Kremlin paid lip service to the territorial integrity and sovereignty of ‘its’ former Soviet Republics, it countered any attempt by them to join Euro-Atlantic structures with subversion, and, in Georgia’s case, successful provocation and open military intervention.  Dimitri Medvedev – once supposedly the ‘friendly’, Westernised face of the Putin regime – publicly declared this policy when he referred to Russia’s ‘sphere of privileged interests’ during the Georgian-Russian war of 2008.  And even under Boris Yeltsin, Western policymakers knew perfectly well that inviting former Soviet Republics to join NATO would have been inviting mischief; they had enough trouble convincing the Russians to accept any form of eastwards expansion, full stop. 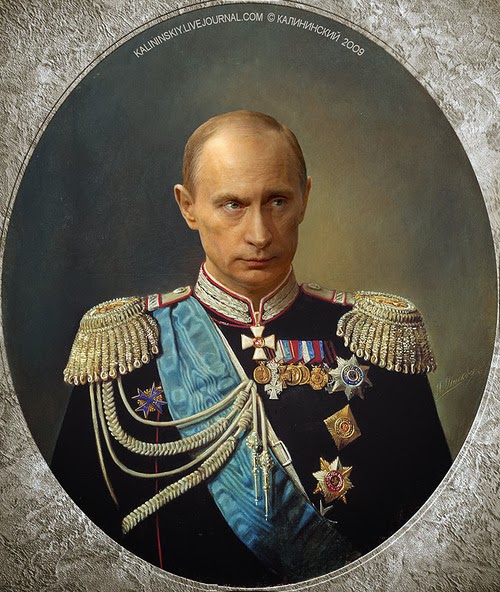 In a post-Cold War International Society built on liberal principles, ‘spheres of interest’ are an outdated concept, as is the concept of ‘empire’.  But Russia’s elites have, especially under Putin, held onto principles that cannot but be described as neo-imperial, reformulating them in 21st-century terms – and turning Russia into a hydrocarbon-fuelled great power in the process.  The liberal West may find the concept of ‘empire’ anathema; and, in fact, its discrediting in today’s post-colonial world means that it will be carefully hidden in a wide range of euphemisms so as not to affect the imperial power’s standing.  But claims to ‘leadership’ – global in the case of the United States, regional in the case of Russia – are often dead giveaways in a game that, in a world of formal sovereign equality, must be conducted with a familiar measure of hypocrisy and doublespeak.

Russia is still, very much, an empire.  And it has never existed except as an empire.  Under the Romanovs, when the word was still a source of international prestige, it basked in its imperial power, creating an intricate hierarchy of nations under the rule of an autocrat, a hierarchy that became increasingly Russo-centric with the emergence of nationalism in the late 19th century.  It remained an empire under the formally anti-colonial Bolsheviks: all their anti-imperialist rhetoric notwithstanding, the USSR’s civilising mission was still a hierarchical affair, and save for a brief, initial period when Russian chauvinism was seen as ‘the great danger’, Russia in particular was portrayed as being in the vanguard of the march towards socialism and the creation of the Soviet man.  The Romanovs and Bolshevik civilising missions might have disappeared, but Russia’s leaders – who emerged from the dark core of the Soviet regime - haven’t lost the sense of hierarchy they inherited regarding the peoples of Eurasia.  Two hundred years later, they still portray themselves as the guarantors of civilisation in a region they still very much see as their own; only now, they had adopted the liberal terminologies of free market economics - including regional integration - and the upholding of international law when it comes to rationalising their Eurasian projects.


Putin’s instrumentalisation of the liberal vocabulary is not limited to the international sphere; his idea of sovereign democracy, where both civil society and popular sovereignty in effect become hollowed-out shells directed from behind the scenes by a murky elite, is an almost perfect analogy.  On paper, there are ‘free’ elections – only, with carefully pre-determined results; laws are promulgated and enforced by the courts – with background guidance from the executive branch, where necessary; the media are free to print and broadcast at will – that is, until they cross a line and some regulatory body or the tax authorities shuts them down. Just like his sovereign democracy, Putin’s adherence to liberal values in international affairs is one of stage-management and make-believe, an instrumentalisation of liberal narratives towards the Russian - still-imperial - state. Just like it ‘creates’ its own voters, the contemporary Russian state ‘creates’ its own humanitarian victims to save – lest it be accused of imperialism. The stated need for economic integration in the post-Soviet space similarly emerges from the need to cloak an essentially geo-political, imperial project in the mantle of contemporary liberal Salonfähigkeit. 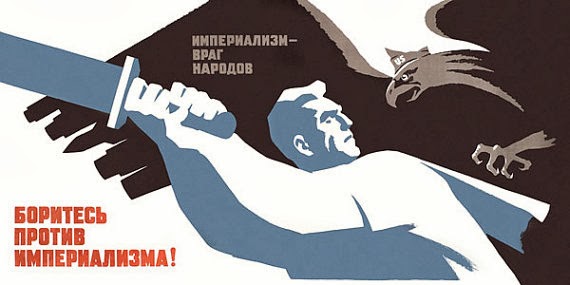 This presents the Western policymaking community and commentariat with a particular problem.  Russia itself has adopted liberalism’s economic and political vocabulary, and its policies are therefore evaluated by their yardsticks.  But this, inevitably, risks failures of communication that, in turn, lead to situations we have in the Ukraine today.  First, it risks judging Moscow’s notions of ‘rationality’ by liberal criteria.  When, for instance, it is said that an EU Association Agreement with Ukraine would also economically benefit Russia (the classical liberal positive-sum argumentation), it runs into Russia’s singular preoccupation with old-fashioned zero-sum territorial geopolitics.  When the Kremlin is judged to have ‘lost Ukraine’ because of its inability to convince ‘the Ukrainian people’, it is, again judged by a liberal yardstick of soft power, which the EU possesses in great quantities (at least for those remaining outside of its borders).  Russia has very little soft power in comparison; it has, however, plenty of relative hard power in ‘its’ near abroad, and so is left to play by those rules of the game – without acknowledging it, as that would, again, not be conform to the grammar of contemporary international relations.

Russia’s leaders talk the talk, but don’t think it, and most certainly don’t walk it.  They have their red lines, and these red lines run somewhere along the outer border of the former Soviet Union.  They have their world-view, and it is a world-view where concepts like international law, human rights, and economic expediency are instrumentalised towards the state interest, in Machiavellian fashion.  Insofar as they are the red lines and world-views of a nuclear-armed great power, they should be respected – especially as they may not change any time soon. Russia’s sense of territorial hierarchy has survived a revolution, and the end of the Cold War; to pin it on one person – Putin – and expect it to dissipate with the disappearance of his regime would be a grave mistake.  It runs much deeper than that; the West, and the unfortunate states on the other side of Moscow’s red lines will have to live with this knowledge, and incorporate it into their policymaking, lest they trigger the instabilities that challenges to a great power’s core interests inevitably produce.
Posted by Kevork Oskanian at 8:21:00 PM

Excellent piece, though I think assuming that the West doesn't have a geopolitical agenda (what you seem to take as a given when contrasting Russian actions with those of the West?) is of course false. In other words, Russia isn't unique in playing this game (even if its still to perfect and polish its techniques), os it?

its an excellent piece. I also though of Russia as imperialist in the way they deal with the nations at their borders. but those same liberal ideas that are manipulated by the russian elite are interpreted quite directly by a growing number of the russian population that do question what all that empire building gives them, they are proud to show their liberalism and will feel the pinch of world ostracism.