In one of “The Godfather’s” iconic scenes, Don Vito Corleone tells his hot-headed and doomed son Sonny to never let anyone outside the family know what he’s thinking. Imagine Don Corleone’s panic if he one day found out that someone could actually read his mind, and you’ll have some idea of how the diplomats at the State Department must be feeling today, when virtually every Tom, Dick and Harry is able to read an unadulterated chunk of the world’s only superpower’s (and its allies’) innermost hopes and fears. 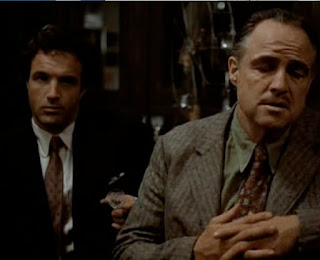 The implication made by the above comparison is not that diplomats are criminals, or that statecraft is criminality (although one prominent scholar of International Relations is known to have compared the early modern states to war-waging rackets). It is that the anarchic world is dangerous and unpredictable, a web of interconnected causalities that go beyond the control of one single power, with mayhem, war and death an always-present possibility. You poke that web, and kick that hornets’ nest at your own risk. The problem with Assange is not his intent – it lies in the potential unintended consequences that may flow from his actions.

This goes far beyond the death of an individual informant because of specific information found within these leaks. In many of the world’s regions – East Asia, the Middle East, the former Soviet Union – stability hangs by a thin thread. Peace negotiations are often conditioned by the necessity to keep ongoing bartering secret; they would otherwise remain at the mercy of radicals opposing even the slightest compromise, leaving moderate governments unable to sell solutions even before they have been negotiated. The absence of war also often hangs on the very discretion and deceit Assange rather grandiosely aims to abolish – on elements of inducement and deterrence whose effectiveness often hangs on the poker element within the global chess game: bluff.

Wikileaks has become the world’s ordinary citizens’ mind-reading machine. To some, it is a welcome way of humbling the powerful through acute embarrassment, one heaven-sent element of the technological revolution that has made the world a better and freer place by undermining the power of not just any state, but the world’s hegemonic superpower. To others, it is one of the Internet’s dangerous excesses, one that puts the very survival of the art of statecraft in danger: steering the ship of state in a perilous, anarchic world, where Don Corleone’s advice could be of regular use, requires an element of ‘discretion’. Diplomacy, traditionally understood, cannot function without it – as the inter-war idealists learned – much to their disappointment - decades ago. 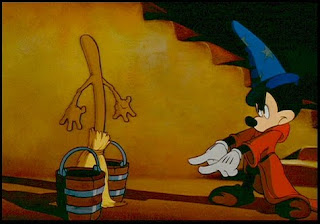 Assange has taken on a huge moral responsibility – some would say carried out an act of folly – by stirring that which is intensely unpredictable. We often complain of the bungling ineffectiveness of statespeople; the structures they are confronted with are hardly manipulable and present them with surprise after surprise, often giving them the flair of sorcerer’s apprentices. Wikileaks adding to the complexity and risk by creating an information free-for-all is not going to prevent that sorcerer’s apprentice from performing his ill-fated tricks; it’ll just multiply the number of broomsticks that spring from them, without there being a master-sorcerer to put them back in place.

But nevertheless, it is difficult to see how Wikileaks could be legally faulted for this release of information without endangering that central value of Western liberal democracy - freedom of speech. Assange is not a US citizen – he has not committed an act of treason, unlike the person directly responsible for leaking these documents. Even with a US passport, however, as the ACLU has pointed out, his first-amendment rights as a third-party editor/journalist would remain beyond question. For all the dangers outlined above, the perils inherent to limiting a cornerstone of Western liberal democracy would be far greater. Freedom of speech is always liable to create complications - think of the Danish cartoons saga, or the Salman Rushdie episode - but it is up to the diplomats of Western democratic states to adapt to that fact, rather than abuse state power to repress or curtail a fundamental civil right. This happens to be one of the curses of not working for a dictatorship.